Get the whole picture with Geodesys 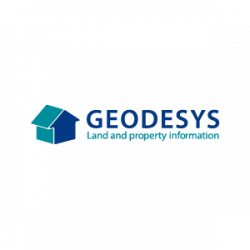 Mobas was asked by our client, Geodesys, to create a campaign promoting their CON29DW product, an advanced water and drainage search report for conveyancers.

The key message was to highlight that although the report is not the cheapest on the market, it is the most comprehensive. People are perfectly entitled to use whatever product they like, but should be aware that if they aren’t using the CON29DW, then there is a chance they aren’t seeing the whole picture.

We decided that we wanted to flip the message on its head: rather than leading with how comprehensive the report is, and the benefits of using it, we wanted to focus on the risks being taken if any other product was used. We didn’t want to create a concept around ‘seeing the whole picture’ – this seemed too obvious and would simply blend into the background in the marketplace. We wanted something more arresting, something that made people sit up and take notice. Something that also allowed us to take the campaign off the page and bring it to life.

So we quickly realised that if people were using another report, they may well be missing key information that could have a major effect on their clients. This sounded very risky to us, and we decided to wish people who weren’t using CON29DW good luck, because they’d probably need it.

With that in mind, we created the ‘Good Luck’ concept. But with that we appreciated that we needed something visual to represent the concept, something that would be completely arresting to our audience, something that they wouldn’t be used to seeing, or wouldn’t expect to see in their everyday working lives. We wanted something that was totally unrelated to the product itself, but perfectly represented the good luck message. We could explain what the product actually did later on, but we recognised that the first thing we needed to do was get their attention.

So to achieve that we looked at a variety of different items that are associated with good luck, but didn’t just want something obvious like a four-leafed clover. We wanted something with some colour and character, as that would visually grab the attention. We chose to use a Japanese maneki-neko cat. Its bright colours instantly grab the attention, its face is friendly, and everyone associates it with good luck.

Once we’d coupled our headline with our hero cat, we had the visual representation of our concept which worked perfectly for print and digital advertising. This set-up also allowed us to target customers direct who weren’t using our client’s product. It made sense to go to them direct. So to do that, we created a DM piece which was sent out to them containing a good luck greetings card and an actual lucky cat to sit on their desks. We thought, as they weren’t using the CON29DW, they’d probably need the luck! It was the perfect way to bring the campaign to life without feeling forced, while still delivering on the brief.