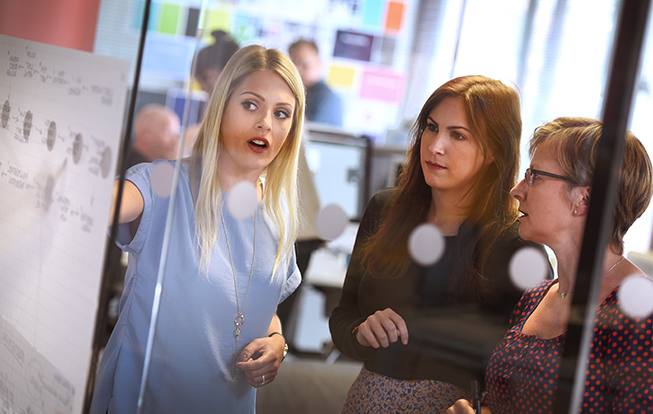 To mark this day, we wanted to celebrate women's achievements and invited our team to identify women who have inspired them. It might be because they’ve excelled in their career, raised awareness about women’s equality, lobbied for accelerated gender parity or championed female-focused charities. We hope you enjoy learning more about the women we’ve named below.

She was not just a pretty girl singer, this was a girl with her own band, a band named after her, a band who looked slightly afraid of her, a girl who sneered right down the TV lens and who clearly felt she was more than entitled to be on that stage headlining! What’s more, she looked amazing, so confident in her own skin she could pull off any look including, I’m sure, a pillowcase on one occasion.

Hatshepsut (circa 1500 BC) – first female pharaoh of Egypt who insisted on being called ‘King’, not queen
Nominated by Emily Hutson

Although there was a precedent for female rulers in Egypt, Hatshepsut broke the mould, wearing the royal garb of a king, not a queen. She reigned for 22 years and increased the power and influence of Egypt through diplomacy not military action, as well as overseeing expeditions to previously uncharted lands. After her death an attempt to wipe her from history was made by her stepson, and successor, with monuments destroyed, hieroglyphics defaced and her sarcophagus moved. Her body was discovered in 2000 proving this legendary ‘king’ lived, led her people and had the last laugh.

At the 1992 Barcelona Olympics Shan was the first woman to win gold in the mixed skeet shooting event. This ended up being the last event open to both male and female competitors. Following her win the International Shooting Union barred women from shooting against men: the event continued to be an Olympic feature but only open to male entrants from 1996 onwards, with a female event being introduced in 2000.

We all know ‘the lady with the lamp’ for her brilliant work in improving hygiene practices and reducing cholera during the Crimean War. But she’s done so much more than that. She came from a wealthy family and was expected to ‘marry well’, but instead chose to work as a nurse – a career that was not pursued by many women at the time. And as we know, she had a huge impact – reducing the death rate of soldiers, and later professionalising the nursing sector.

But as someone working in data and insights, I also admire her work as a statistician. She studied maths from a young age (not common for girls at this time – thankfully she had supportive parents!). She recognised the importance of collecting statistics during her time in Crimea, and was passionate about bringing these to life in a clear way for those without statistical training. This had a huge impact – at a time when statistics were presented in a very dry, dull format, her visually engaging diagrams clearly showed a staggering insight: more soldiers were dying from preventable diseases than on the battlefield.

She reminds me of the importance of pursuing your dreams rather than fulfilling the expectations of others, and of the power of data to make change.

Taylor Swift has appeared in the tabloids for numerous reasons over the span of her career – many of which have had little to do with her success as an artist, instead focusing on her so-called ‘extensive’ dating habits and infamous feud with Kimye. Despite the magnifying glass that has remorselessly honed in on her personal life, Swift continues to balance kindness with strength, talent and fame with humility, and power with politeness. All of this, coupled with the fact that she’s an excellent businesswoman (all career decisions are her own), make her a fierce role model for many women striving for success in 2021, proving that you don’t need to relinquish your softer side in order to do well in this world.

AKA: ‘Notorious RBG’, Ruth became the US Supreme Court's second female justice as well as the first Jewish female justice. As a judge, Ginsburg stood as a strong voice in favour of gender equality, championing women’s rights, as well as other discriminatory issues. While studying at Harvard Law School, not only was she one of the only women on the course, she did it all while caring for her husband who was suffering from cancer and also raising their young daughter. Ruth completed her legal education at Columbia Law School, graduating in a tie for first place in her class in 1959. Sadly she passed away last year after a battle with cancer.

Ruth showed us that with the right attitude and perseverance, anything is possible if you believe in it enough.

Kelly was raised on a council estate by her mother and at the age of 18 left home to join the British Army as an HGV driver and then a Physical Training Instructor. Her passion though, was always running and so she pursued this as a career. But it wasn’t an easy road to Olympic glory. Kelly suffered injury after injury, which caused immense frustration and disappointment, contributing to periods of depression, even a year before her double Olympic win in Athens in 2004. Kelly set and still holds the British records in the 800m and 1000m – both are gruelling and highly tactical races, so this alone demonstrates her sheer grit and determination. She went on to win the BBC Sports Personality of the Year and European Athlete of the Year, and was honoured with a Damehood from the Queen.

Kelly set up the Dame Kelly Holmes Trust, which is a charity helping guide disadvantaged young people to get their lives back on track by using world class athletes to engage, enable and empower, attitudes they need to fulfil a positive life. She encourages the same philosophy that she lives by: nothing is impossible.

Stormé DeLarverie was widely regarded as the woman who started the fight back against the police, in the Stonewall raid in 1969. This is considered as the spark that caused the riots – not to say rioting was good. However, everyone will probably know that Stonewall began a massive change in LGBT rights across Western society and Stormé has since been dubbed the ‘Rosa Parks of the gay community’. Her actions still resonate with the LGBTQ+ community to this day.

Devi Sridhar is the Chair of Global Public Health at the University of Edinburgh. Throughout the last year of the Coronavirus pandemic she has been a shining light in communicating clear, reasoned advice and information on how to navigate through a pandemic both for the public and Government. Originally from Florida, at 18 she became the youngest person in the US to receive a Rhodes Scholarship to Oxford University and has striven to make an impact in the world of public health, health inequalities and health justice ever since. Her passion for Public Health came to her when she was an adolescent and her father died from cancer after a long illness: ‘Even as a teenager I could see that health was the definition of true wealth,’ she said.

In an era when we’ve been told that the British public are sick of experts, Devi and other medical and scientific leaders and practitioners like her have shown that we need them more than ever. Evidence-based knowledge certainly is power. On International Women’s Day, she is my hero of the last year.

While these inspirational women have shaped the lives of our people, for most of us, we have a special person much closer to home…

My prominent woman, and some would say my mentor, is my wife Sarah. She has been on the ‘Rob’ journey at every step, alongside and supporting me in everything I do – the good times where she keeps my feet firmly on the ground and the bad times when she picks me up and pushes me off to once again strive to achieve and overcome all odds. She’s the rock and food that supports and feeds me confidence in everything I do. She is by far the greatest woman I know! 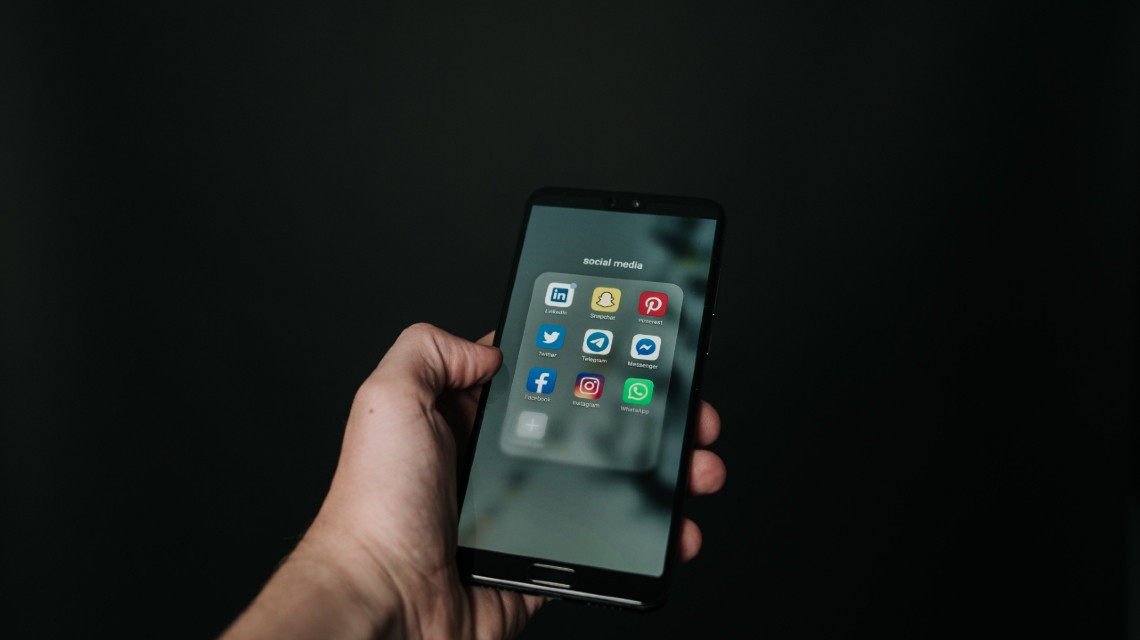 Best use of media relations awarded to Mobas

The blended workforce – a trend that’s already paying off

The hidden world of logos 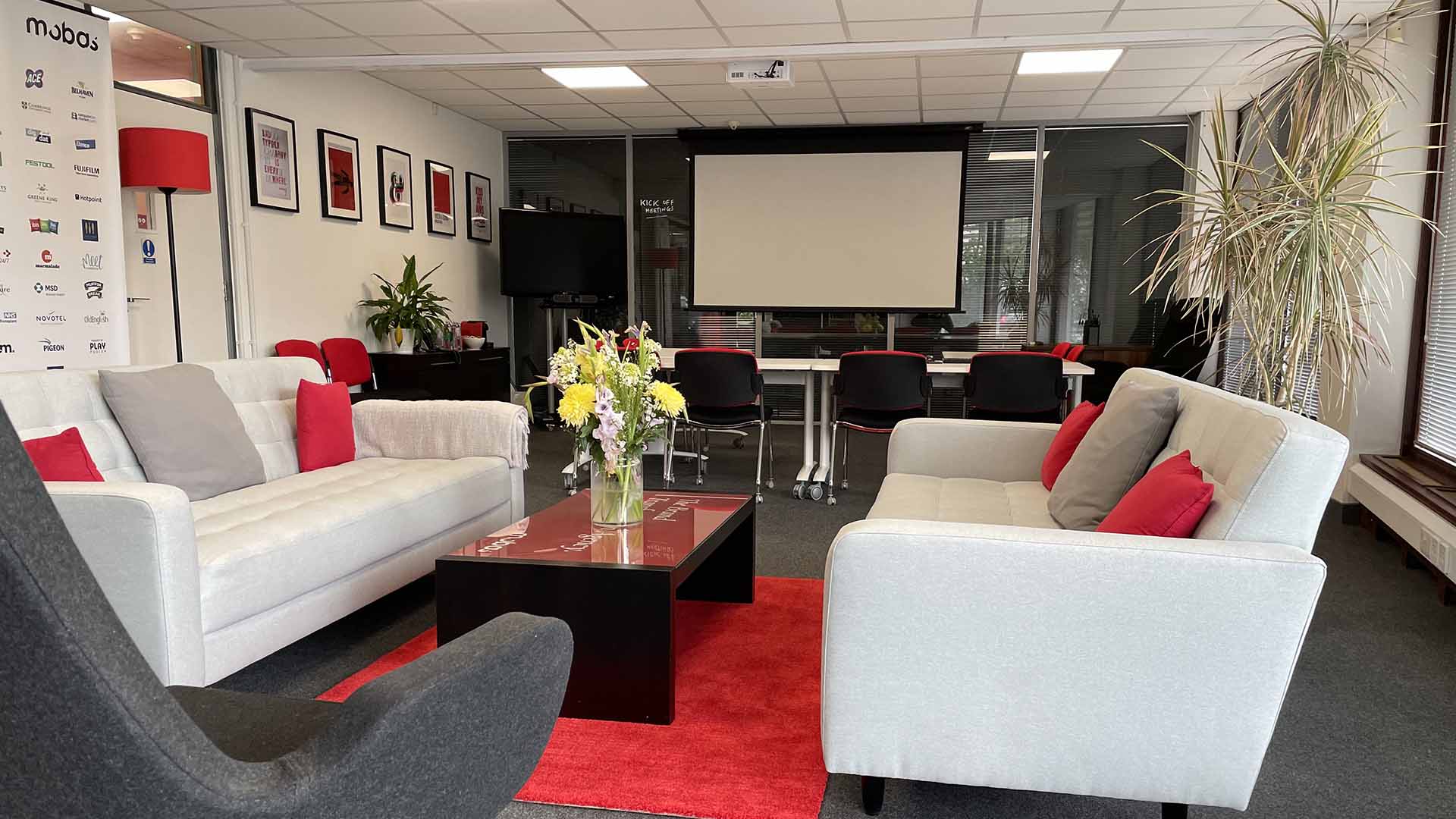